Enter your City name or Pincode

Gulmarg is a small town located in the south western part of Srinagar. It is at a distance of 56 Km from Srinagar and can easily be reached by bus or private vehicles. Originally known by the name Gaurimarg, the name Gulmarg came into existence in the 16th century and was given by the Sultan Yusuf Shah. It signifies "meadow of flowers" representing the different variety of flowers that can be seen here. Emperor Jahangir also frequented the place and admired the different variety of flowers that grew in the valley. It was also famous visiting spot among the British who visited here quite often. Himalaya is made up of 6 ranges and Panj peer is one of them. The town of Gulmarg is located in Panj Peers. Line of control is located within miles from here.

Gulmarg is located at 34.05°N 74.38°E.  The town is situated at a very high altitude of 2690 mt above sea level. It is covered by mountains on all sides and has tall pine trees. Gulmarg is also known as Switzerland of India due to the similarity the town has with the country. The topography of Gulmarg is gently sloping. It is ideal for playing various winter sports such as skiing, tobogganing and much more. During summers there are provisions for playing Golf here. Also the topography has supported the construction of Gondola, which ferries people from Gulamarg to nearby Mountain Apharwat which is located at a height of 4200 m above sea level providing spectacular view to the visitors.

Flora and Fauna of Gulmarg 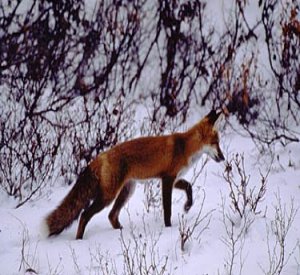 Because of the rich topography of Gulmarg, the flora and fauna is equally rich here. Gulmarg means “meadows of flowers”. Hence, one can get to see many well maintained parks and gardens. The growth of wild flowers can be seen almost everywhere. Flowers like Cosmos, Tulips, Lilies, Carnation and Gladioli are grown in plenty. Many people use the flowers grown in their gardens as a means of livelihood by selling them in markets outside Kashmir where they are much in demand. The wildlife found in the forests is considered to be a paradise for all those nature lovers.

Gulmarg Biosphere Reserve is located at 48 K from Srinagar and at an altitude of almost 2400 meters to 3400 meters. The main species found here are Pinus griffithii, Cedrus deodara, Aesculus indica, Abies pindrow and much more. Endangered and rare species such as brown bear, Leopard, hangul, serow, musk deer, black bear, red fox  etc can be seen here. Large variety of migratory birds such as Kashmir roller, European hoopoe, snow cock, koklas, griffon vulture, jungle crow etc can be seen here especially during the months of March to May. Due to the rich nature of the grounds icotyledonus herbs such as Primula spp, Rumex patientia, anemone spp and many more of such herbs grow in the forest. The total area of the forest reserve is about 180 sq Km.

Due to its location which is at a height of 8825 ft, Gulmarg remains cold for most of the part of the year. The air starts becoming cooler from the month of October and the temperature reaches zero degree from the month of November. Heavy Snowfall is received from the month December and lasts till February. Temperature can drop to as low as -4 degree Celsius and tourists are encouraged to pack heavy woolens during this period.

It is during time the sport of skiing for which Gulmarg is famous is played by visitors from all over the world. Summer months in Gulmarg are from March and continue till June and the temperature is more or less around 29 degree Celsius. Due to the favorable climatic condition during these months, tourists throng the town to see Gulmarg at its best. Monsoon season starts from the month of July. However, Gulmarg does not experience heavy rains and many tourist also visit during this time to get attractive discounts from hotels at the same time enjoy walking through the town listening to raindrop splashes.

Are you a Business Owner?

Add the products or services you offer